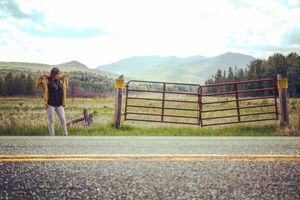 A Kickstarter has officially launched for Ever More Nest's debut record, The Place That You Call Home. Pre-orders are now being accepted as pledges for the project, which is estimated for release in October 2018. Check out the Kickstarter story and video for a chat from Kelcy and in-studio footage of the recording, which took place in August 2017 in Nashville, TN. Ever More Nest launched the Kickstarter as a way to get the record across the finish line and cover the record's post-production, pre-release costs. Your support and shares are greatly appreciated! Ever More Nest has until July 16 to meet the project's funding goal.