Ever More Nest at Summerfest 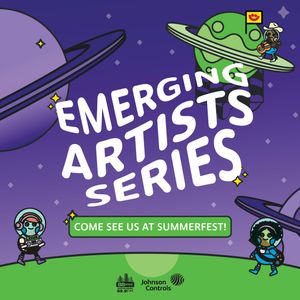 The Emerging Artists Series will take place every day of the festival on the Johnson Controls World Sound Stage with 88Nine Radio Milwaukee. Now in its 13th year, this series has highlighted up-and-coming local, national and international talent during daily performances that not only showcase great live music, but also engage the audience by having fans vote each day in a Twitter poll for their favorite performance. Every day of the Series, the band with the most fan votes will receive an “Emerging Artist Series Care Package” that includes nearly $3,000 in gear, merchandise and services. Additionally, two lucky artists will walk away with a College & Non-Commercial Radio Campaign from Planetary Group. Some artists featured in past series have gone on to become nationally and internationally known, including Walk the Moon, Nathaniel Rateliff, Maren Morris, BØRNS, X Ambassadors, The Record Company, and many more.